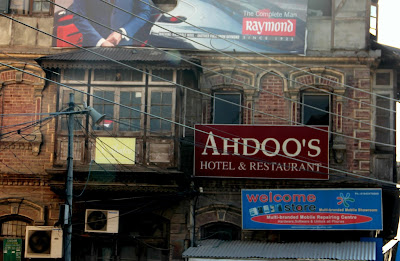 Dinner takes place in a warm atmosphere. Theo chooses the most representative local dishes from the varied and exclusive menu that Ahdoos, the restaurant's chef, offers. They start with yakni nedru, lotus roots cooked with yogurt; momos, a kind of vegetable steamed ravioli, and rishta as main course, a delicious dish made of spiced lambs meatballs served with yogurt satuce. All this not without the traditional Kashmiri salty tea, shiri, served in a samovar with blanched almonds and a pinch of ginger and cardamom. 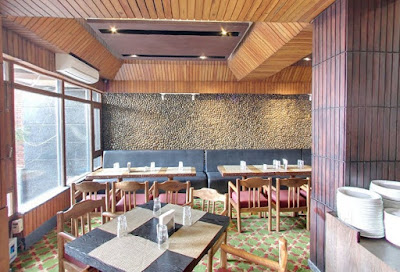 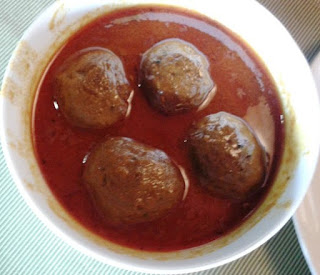 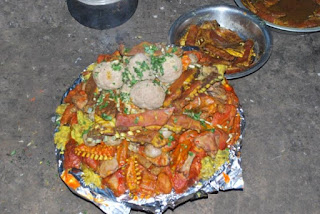 During their delicious meal, Theo explains some of the religious and cultural traditions of Kashmir: Francesco can’t but listen to him delighted whereas Lucy stares at the charmer with lustful eyes. Francesco notices the infatuation of his secretary and tries to bring her back to reality by a slight nudge. This works and the secretary recovers her composure. It was long ago when Lucy tried on more than one occasion to seduce Francesco with her natural charm until Francesco made ​​it clear that he would always admire her dedication and professionalism, but that she should never go any further. However, she feels now so confident and amazed at the stranger that with great stealth she takes off her left shoe and begins to slide her naked foot under the table along Theo’s leg, who, surprised, nearly chokes on his food and glances furtively to her before continuing his story.

Corleone starts then explaining his plan to Theo. He offers the snake charmer to work for him as a foreman at the ranch he has in Texas, just outside of Amarillo, the tycoon guesses that Theo’s persuasion power will certainly manage a large group of workers responsible for more than five thousand head of cattle and one of the largest cotton plantations in the country. Francesco offers twenty times more his current salary as a snake charmer and a house to live in by the farm. Theo does not know what to think of all this abrupt stroke of luck: he remembers that he’s an outlaw in the U.S. so thinks he’d better to go to the bathroom to have a break and put his mind in order. In the bathroom, he washes his face with cold water and looks in the mirror. He thinks about keeping his false identity and about the long way between Texas and Ohio... it would be almost impossible foranyone to discover his real identity. -The conditions I’ve been offered are really advantageous- he tells himself. He releases from the sudden swelling grown in his belly and returns to the table giving Corneole an approving smile and while shaking hands he asks his new boss when he is to take up his new job. Francesco says his plane is flying back to Los Angeles on Sunday morning. Theo makes a mental list of everything he needs to go back to the States and realises there he’s got ample time to pack his most valuable belongings, among which no doubt there is the flute he’s been treasuring since a child.

On the plane, Francesco Corleone keeps himself busy long time on his laptop and telling the pilot, who has been working for him for the last fourteen years, his exciting Saturday at Dachigam Park. Meanwhile, Lucy and Theo chat friendly in the rear seats of the plane away from the "maddening" noise and showing an unusual complicity. The secretary said she's a little tired of working with Corleone and that she would definitely not mind moving on to a new place for there isn’t a reason any more to stay in California since she got divorced from the dumb of her husband five years earlier. Theo cannot believe what he sees by all means as an “indecent” proposal from such a stunning blonde as she to some nobody who has never been successful with women...

On the spur of the moment, Schwann decides to be painfully sincere and confesses to Lucy that his real name is Joe Barlow, and he promises to tell her his whole real story one. Lucy, grateful for the trust put on her, promises in return to keep his secret but she remains intrigued as well as suspicious before Joe's reluctance to give more details until finally both of them try to pretend nothing happened and start an idle talk at the approach of Corleone. 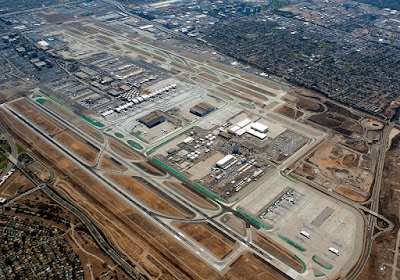 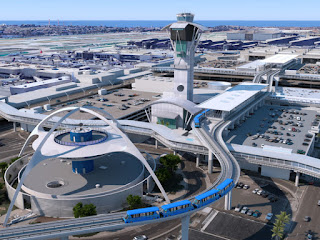 ACE’s private plane lands on time at Los Angeles Airport. Corleone and Barlow, still Theo Schwann in the tycoon’s mind, say goodbye to Lucy, then go outside the airport where Corleone’s chauffeur was waiting for his boss, get into the car and head to Palm Springs. On arrival at the mansion Isabella, Francesco’s wife, who had already been informed by her husband about the arrival of a very special guest, welcomes the two men and orders the butler to accommodate Mr Schwann in guest room No. 5.

The majesty of his new boss’s abode impresses Joe: ample rooms decorated as functionally as stylishly. His bedroom for the day is sober but comfortable. After the long trip, he sooner feels exhausted than hungry, even though he only had a sandwich, tomato juice and coffee on the plane so he has a refreshing shower and goes to sleep. He turns the air conditioning on before, because of the boiling heat that hits on California this time of the year, nothing like the mild summers of his memories from Ohio, farther north in the country. The first sleep’s hours go by peacefully until, all in a sudden, a terrible nightmare grasps him, a nightmare which he would not forget easily: he can see himself, dressed in a smart snake charmer suit playing a strange metal flute, waiting for the snake to emerge from its basket. However, there’s none of the familiar cobras that had accompanied him for years coming out, but a huge boa constrictor that loops to him and that in one swift flick of its body surrounds his waist making him lose balance and falls to the ground. The pressure on his belly makes him choke and suffocate, then the snake turns its repulsive open mouth towards the flushed face of the charmer. Finally, just before being irretrievably swallowed by the scaly beast, Joe awakes. Still agitated and feeling his heart beating wildly in his chest, Joes feels released though: just a nightmare, the most horrible he had ever had.

Joe sat on the bed and looks around: the large curtains of the window have been drawn and the blinding light flows into the room. Suddenly, the tinkle of a sweet, familiar voice breaks the silence, it's Lucy bringing him an appetising breakfast; an excellent idea to get some strength back and recover from the bad experience he had just had.
The secretary sits next to Joe on the bed and explains to him that she has had a long conversation with Corleone who eventually and despite his initial reluctance agreed to allow to grant her a fresh start as housekeeper at the ranch in Amarillo, provided that the new foreman agrees so. Using this cryptic way, so much of her liking, Lucy isn’t but trying to guess Barlow’s real interest in her beyond just sexual attraction, which was no doubt obvious. At this point Joe makes his move. He leaves the tray with his unfinished breakfast on the carpet, takes Lucy's hand and kisses her passionately while unzipping her tight dress. She does the same with Joe’s pyjamas and both engage in a torrid sexual encounter that ends in a sublime climax for both. Exhausted and staring to the window they tell each other with no words “there’s future in here”. Few minutes later both fall asleep in each other’s arms and stay like this for more than an hour.

Lucy wakes up first and starts to purr her partner as sensually caressing his powerful back. However, her real thoughts are to get information out about his true identity and his past, taking advantage of her charms and of the fact that Joe is still half asleep. Barlow starts to spill involuntarily all the beans stored in his memory for years and tells the woman everything about his dark history. When he feels completely awake and fresh he looks at Lucy, whose face shines with a mischievous smile, and asks, ”Why are you so happy?”. “Because I'm happy” she answers. It seems clear that poor Joe is unaware of where he’s getting into and of how quickly his nightmare is coming true.