THE SNAKE CHARMER I 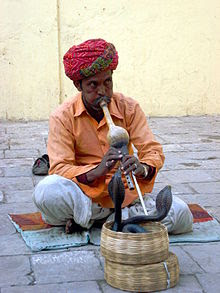 Joe Barlow got his knee injured during the shooting that robbing Salin Bank on Michigan Street, Indianapolis, with Malton brothers’ gang had ended in. Then, when Barlow had managed to get to the jeep gear thanks to C. Morton’s help, Patrick Malton could start the engine and escape the scene of the robbery towards their refuge on the outskirts of Toledo, north Ohio, Lucas County.
Once in their hideout, Joe’s wound keeps bleeding dangerously until Frank, the youngest and bloodthirstiest of the Malton brothers, applies a tourniquet to it. Meanwhile, Malcom Reuters finds out the loot they have obtained isn’t by far as worthy as they expected; this sparks an argument between the leaders of the gang, Patrick and Frank Malton, but there’s no point in arguing so they wait for Dr A. Orson. After an agitated wait, the doctor arrives, extracts the bullet from Barlow’s badly injured knee, dresses it tightly and gives him some pills.

After a few days’ repose and with a brand-new limping leg, Barlow starts thinking of giving up the dangerous lifestyle he’s been in since he joined the Maltons, who, in return, had never treated him properly despite his blind loyalty to the gang. He eventually decides on going far, far away. Some relative once told him about Kashmir, an exotic region in India formerly known as a Paradise on Earth where he could have a fresh start away from his old masters and, especially, away from the constant threat of being hunted and put under the rule of that law he had oh so many times breached. Barlow sells all his properties, settles up with the Maltons, puts all his money together and finally asks the Maltons for a last favour: to obtain him the false documents he needs to get through the border checkpoints during his transcontinental way.

Some weeks have passed by when Barlow eventually reaches New Delhi. He’s stopped in many cities all over the world and now there’s still a lengthy transit ahead to his final destination; so off he goes by train to the city of Srinagar, in the Kashmir Valley, capital of Jammu and Kashmir, the most northwestern region of the Indian subcontinent. Exhausted after his long journey, Barlow accommodates himself in a cheap city hotel: it’s not veryquality, but his room seems as big and comfortable as to provide him with some of the so-much-longed-for rest. Days pass and Barlow considers he has always been a virtuous flautist and, mostly because of his scarce job opportunities in Srinagar, he accepts the offer made to him by the owner of a rather tatty outskirts venue to perform as a snake charmer. Barlow gets on with it and in a brief timehe makes a name for himself and for the place he’s working for, becoming an attraction for tourists under the pleased gaze of his new boss, Wiswanathan Singh.

In ACE headquarters in Los Angeles Francesco Corleone makes the last arrangements for a business trip to Shanghai to sign and close an important deal with a telecommunication company: the negotiations had been blocked for weeks and he thought it was time to finish the job all by himself. He takes off from Los Angeles International Airport on his private jet and after some hours he arrives at Shanghai Pudong International Airport;then he has a rest in the city’s most luxurious hotel, meets the TCS board of directors later, finishes the meeting before than scheduled with profitable advantages for both sides and at the end of the day, back in the hotel,reproaches his trade delegate, Emil Lawton, for her failure at the negotiations prior to his arrival. Ashamed by this and in order to please her disappointed boss, Lawton invites him to a week-end trip to Kashmir Valley not without skipping all the safety measures due to the potential risk in the region. 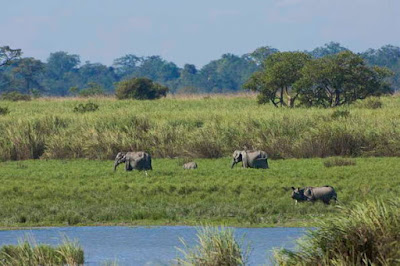 In their route one of the spots is the city of Srinagar, near their next stop, Dachigam National Park, most famous for being one of the rare places on earth where tigers, leopards and other exotic wild animals are free to roam. Wildlife spotting aside, it is the perfect place for one of the tycoon’s favourite sports: trekking. It’s Friday afternoon, and the trip to the national park is due on Saturday so Francesco invites his secretary, Lucy, for a stroll over the city; according to Lawton’s words, Srinagar offers the visitor a delicious local cuisine and Corleone doesn’t feel very much like having the dull international dishes his hotel serves. On their leisurely stroll, just before getting into a restaurant they fancy, Lucy notices the enthusiasm coming from a crowd of people gathering by the end of the road. They decided to have a look, come to crowd and discover an amazing sight: an elegant snake charmer makes a spectacular cobra rise from its basket and slither into the air defying gravity by the only tunes of his flute. After the show, the audience burst in ovation and Francesco, stunned by the charmer’s performance, waits for the people to leave and approaches the man without removing an eye from his secretary, who he discovered exchanging glances with the flautist. To Francesco’s bigger astonishment, the man tells him in perfect English to be Theo Schwann, an American expatriate living in India after more than ten years; fascinated, Francesco asks Theo to go with them for dinner and the new friend can’t but agree before such a distinguished, ardent fan.