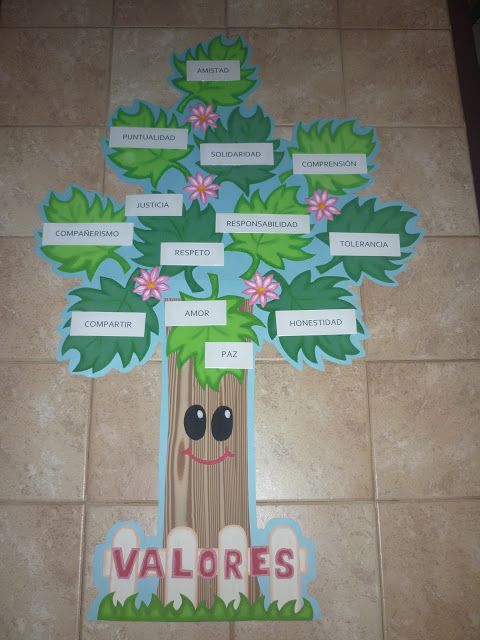 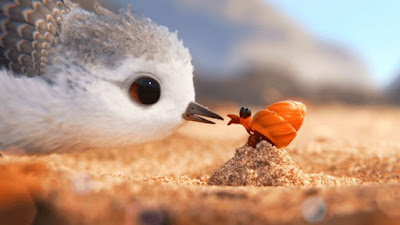 3. Knit to the last day of my life 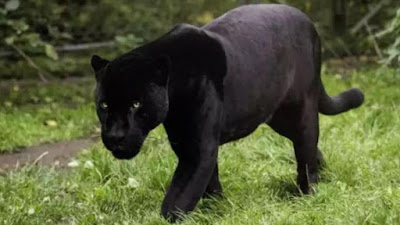 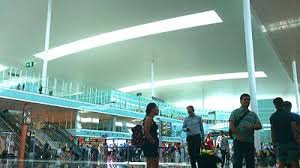 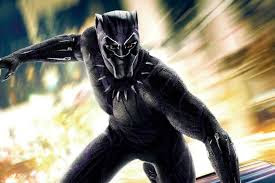 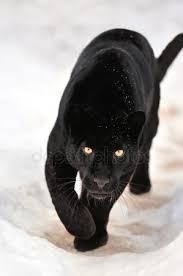 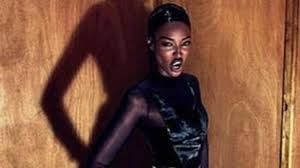 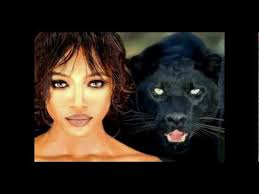 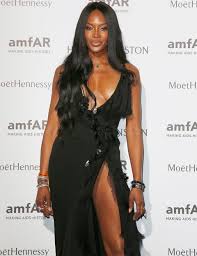 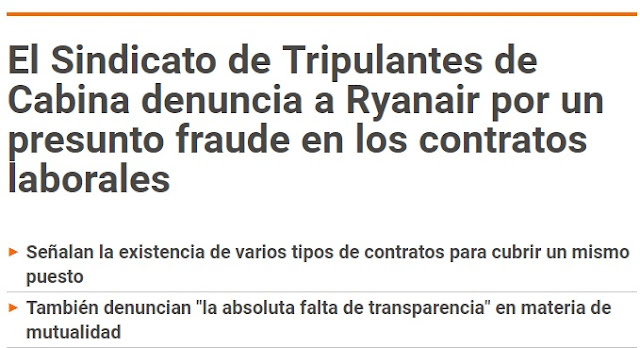 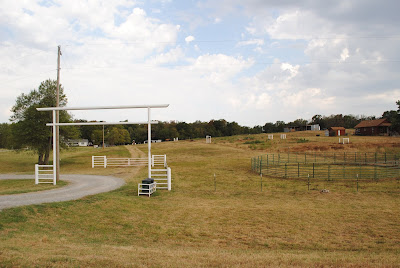 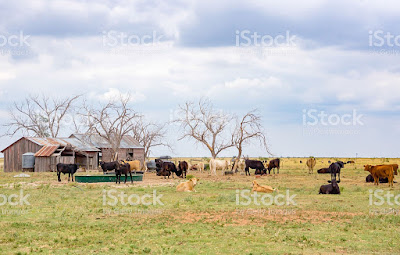 The hacienda Francesco Corleone bought four years ago from the heirs of Cornelia Wadsworth is without doubt one of the largest in the state of Texas. 3,500 hectares (little more than 8,400 acres) divided into two distinct parts: a huge cotton plantation highly mechanised for trade and export on the eastern side, and a farm of over ten thousand head of cattle, mostly braford breed, on the western end.

However, the income statement for the ranch does not bring Corleone much joy despite the devotion shown by the more than one hundred workers. And what’s more, since Theo Schwann (Joe Barlow actually) took over as general foreman, the figures sent to ACE headquarters in Los Angeles, not only were far from improving, but have even suffered a slight decline instead. Nonetheless, the tycoon’s real concern is the rumours of discomfort coming from the cotton plantation employees... it seems that the new housekeeper, his former secretary Lucy Berkley, is trying to pull the strings to make her husband cover up for her misdeeds and to intimidate workers opposing her ways. This situation has made the couple quarrel more than once, although far from the hacienda personnel’s eyes. Trouble is brewing in paradise: they no longer have the idyllic relationship they had at first. In fact, Schwann, always so good-natured, gentle, fair, disinterested and collaborator, is now turning into an irascible, stubborn, capricious, unfair and intimidating man even though he has this self-imposition  of never answering her back making him look like the nobody who has been all his life.
Corleone decides then to send one of his agents to investigate the facts in situ. For this work he chooses Frank Medeiros, secretary of the Personnel Department. Looking back to his memories from his trip to India, flashback-like images come from dinner at Ahdoos Restaurant in Srinagar and the back of the plane where Lucy and Theo were sitting like two lovebirds. Led by intuition and sagacity, he calls David Huxley, ACE security chief, asks him to try to recover the recordings of the cameras inside the plane during their return from Shanghai to Los Angeles a year ago.

Frank and David are dated to Thursday at Corleone’s office. Not unaware any of them of how strict and demanding their boss is regarding to personal business, they get ACE headquarters one hour before the time set in the letter. They sit next to each other in the waiting room, but there seems not to be a very good relationship between them: avoiding direct eye contact, they just keep some idle chatting. Medeiros seems to hide the dossier carrying under his arm the same way as Huxley keeps the requested DVD recording out of view in the inside pocket of his jacket.

It’s nine o'clock and Corleone’s secretary lets the security chief in. After a formal greeting, David places the DVD in the player near the tycoon’s elegant desk and few seconds later Corleone can see on the monitor screen the scene he was so interested in: after lovingly cuddling Lucy, the snake charmer reveals his true identity. Corleone stops the video and orders Huxley to investigate Joe Barlow’s past by all means. Before leaving, David warns his boss not to rely too much on what the second man waiting outside keeps for him, for David knew about the past complicity between the former secretary and Medeiros. Francesco appreciates Huxley’s professionalism and says goodbye with a warm handshake.

After a brief pause, it’s Medeiros’ turn. He enters the office showing clear signs of anxiety: shaky hands and and beads of sweat sliding down his forehead betray his real insecurity. He leaves the dossier on the table and sits on the edge of the armchair. Corleone grabs the folder after a cold greeting and begins to read the document. When he finishes, he turns his gaze fixed and staring to Medeiros asks inquisitively “Is this everything?”. The personnel Secretary clears his throat and says “I questioned one by one all the 28 plantation workers... Miss Berkley’s and Schwann’s words are completely transcribed in the report. I reckon it’s been too much exaggeration on the whole thing... I think Schwann is a good man, unable to act as they say the accusations of the five operators marked with an asterisk... there are always quarrels and jealousies in all working teams, y’know what I mean? You asked me for opinion and so I’ve done, sir”. Corleone takes his time to answer: turns himself on his chair and looks through the window to the port of Los Angeles in the background and the skyscrapers of the WTC on a closer plane. He starts thinking of the the frantic call from an employee of Cotton-Cow the previous day, the woman on the phone claimed to be a victim of bullying by Lucy and Schwann, nothing new though the woman accused her boss of being more and more violent during the last days. Solemnly but without fuss, Corleone lets Medeiros dismiss and once alone calls his secretary to tell her to do the necessary arrangements to fly to Amarillo by helicopter the next day. 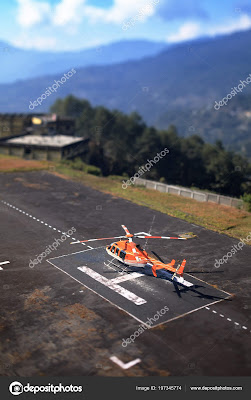 ACE helicopter lands at Cotton-Cow Ranch heliport for the first time in years. The arrival of Corleone surprises the foreman chief, who knew by radio about his boss’s sudden visit just few minutes before. As holding his cowboy hat not to get it blown away by the wind coming from the blades of the helicopter, Schwann greets his boss and asks to accompany him to the office set in one of the rooms of the colonial house on the centre of the estate where he lives with his wife. Francesco thanks the refreshment offered by one of the workers and, turning to the foreman, says, “ Well Barlow, I want you to explain to me what is happening here, and please go straight to the point”. The foreman feels even more confused when hearing his real name from Corleone’s lips, “No one but Lucy on this side of the country knows my real name” he thinks, “Have I been betrayed...?“. Noticing Barlow’s grave silence Corleone says raising his voice a little “Are you going to talk or shall I call your wife to have it clarified all at once?”. Coincidentally, Lucy opens the door and gets into the office, wearing some cowboy outfits and greeting the new comer, “Hello, Francesco..., sorry, I mean... Mr. Corleone... what brings you here, to your house?”. Her voice can’t hide her anxiety. The tycoon goes on bluntly, ”I’ve got here some information that puts your career here at risk. I’ll take the testimony of all the plantation workers listed here. I hope my suspicions don’t turn to be true for your own sake and the proper running of the ranch. I’m afraid that you have breached the trust I put on you!”. The couple start giving Corleone an unconvincing explanation full with contradictions and lame excuses and try to blame some workers calling them envious, polemical, lazy and inefficient... all those manes, however, don’t seem to Corleone to be anything else but the self description of their own total failure, not to mention the fraud clearly reflected in the ranch accounts: after close examination month by month, ACE team of economists discovered suspicious entries, false invoices to non-existent suppliers, expenses on furniture or machinery that are nowhere to be found within the ranch premises, and a long list of irregularities. The report issued by the team is devastating and raises no doubt about the couple’s administration.
Mr, Corleone starts calling the workers into the office one by one. The second in is Tania Seighmour, who can’t disguise her anguish of talking near Barlow’s presence on the other side of the room. Francesco recognises the woman’s voice as the caller’s hwo had rung him few days ago. Sobbing, Tania relates a series of outrages committed by Barlow to herself and to other of ther colleagues. Her speech is so consistent and sincere at first sight that Corleone interrupts and tries to comfort her until that finally he asks her to go out and tell the other workers that he will not need further comment: Corleone’s made his decision. He asks Barlow to take a sit in front of him and, in order to save him the shame of deeper questioning, offers him three possibilities to choose one: The first is to rescind the contract and return to snake charming back in Kashmir. The second is to stay part of the company staff but moving to Washington and spend twelve hours a day playing his flaut before the grave of his great uncle, Don Vito Corleone, in Arlintong Cemetery, to delight his soul with sweet melodies. The third is to pack his staff, as he did in Srinagar, and get out of Amarillo, but he won’t surely have the chance to go too far, since Corleone would repport him to the police anyway for Barlow was still the ony one of his former gangband whose whereabouts were unknown.
​
By doing this, the tycoon just meant to scare Barlow for his real intention was letting him go without repporting, and so he did when the former snake charmer turned down the first two offers.
​
The helicopter took off from Cotton-Cow at 8.30 pm heading for Palm Springs. That night seemed to have no end for Joe and Lucy. They ended up arguing after Barlow’s momentous decision of going solo despite Lucy’s desperate begging for staying together and trying to fix their relationship.
​ 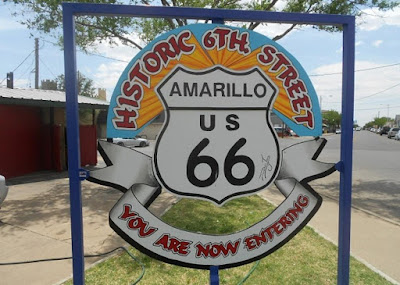 Early next morning. Barlow left Cotton-Cow Ranch on his Range Rover northward  to the famous Route 66. About fifty miles away from Amarillo he stopped at a roadside restaurant for breakfast. Some time later inside the restaurant, he was sipping the last of his coffee when two policemen approched him and one of them uttered the so fearsome “Joe Barlow, you're under arrest” and put handcuffs on Barlow’s wrists while the other police read his rights loud. Outside on the parking lot, the two men were helping Barlow into the police car, when the former turned his head south and thought “This is none of Corleone’s doing, he is too smart to do something like that, no doubt. My nightmare has actually come true, that boa constrictor was my beautiful Lucy... 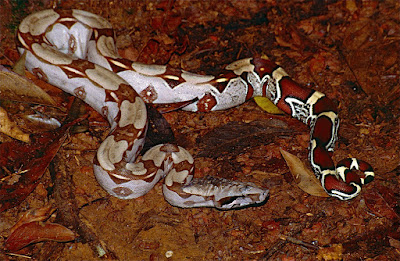 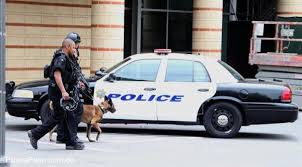